The importance of employing qualified pilots in approaches to ports and other areas where specialized local knowledge is required was formally recognized by IMO in 1968, when the Organization adopted Assembly resolution A.159 (ES.IV) Recommendation on Pilotage. 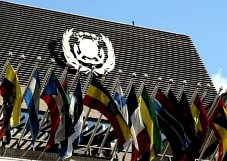 Pilots with local knowledge have been employed on board ships for centuries to guide vessels into or out of port safely – or wherever navigation may be considered hazardous, particularly when a shipmaster is unfamiliar with the area.

In addition to local knowledge and expertise, pilots are able to provide effective communication with the shore and with tugs, often in the local language.

Qualified pilots provide their services to ships for a fee, calculated in relation to the ship’s tonnage, draught or other criteria.

The importance of employing qualified pilots in approaches to ports and other areas where specialized local knowledge is required was formally recognized by IMO in 1968, when the Organization adopted Assembly resolution A.159(ES. IV) Recommendation on Pilotage. The resolution recommends Governments organize pilotage services where they would be likely to prove more effective than other measures and to define the ships and classes of ships for which employment of a pilot would be mandatory.

One of the problems encountered by pilots is that of getting on board the ship – particularly when the weather is bad, or the ship is very large. Requirements to make this easier are contained in Chapter V of the SOLAS Convention, and have also formed the subject of IMO resolutions covering performance standards for mechanical pilot hoists (A.275(VIII); arrangements for embarking and disembarking pilots in very large ships (A.426(XI); and pilot transfer arrangements (A.667(16)). An MSC Circular (MSC/Circ.568/Rev.1) covers required boarding arrangements for pilots.

IMO Resolutions encouraging the use of pilots on board ships in certain areas: